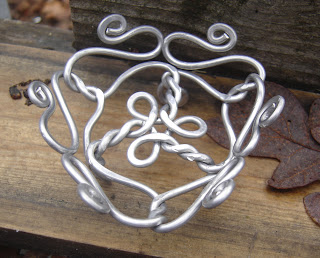 So I've had a little time to screw around with some ideas. So far none have been all that successful but it's all a "process" as the artist types like to say. I've always wanted to make more useful objects that are pretty but functional. This is one of the latest experiments. What is it? 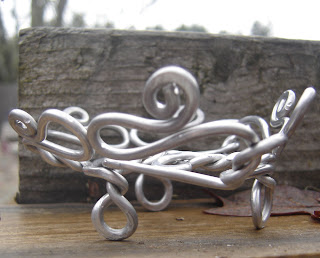 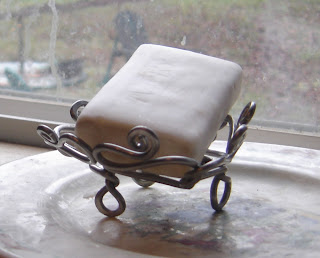 The original intention was a soap dish. But it is oddly shaped and too small for a conventional soap bar. 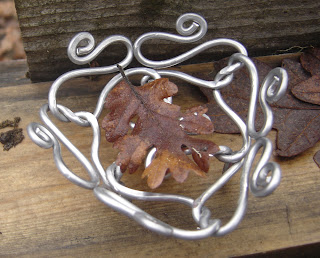 Your special leaf holder? Trivet? Nick suggested it could hold one ball of yarn.I'm thinking that there isn't a large market for such an item.
I'll keep working on the soap dish idea and I'll take any new ideas out there.


On the home front Henry has been really enjoying the wii. Max doesn't seem to really care much about it. It's too hard for his little 3 year old mind and hands to work well.But he has been obsessed with drawing in his new Justice League coloring book and markers from Aunt Michelle. 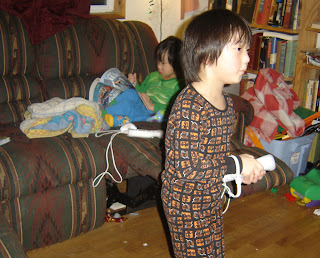 Pay no attention to the filthy house surrounding my kids.They don't seem to mind. 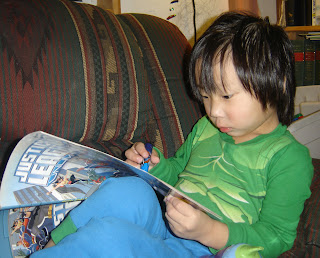 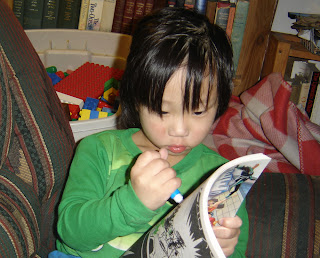 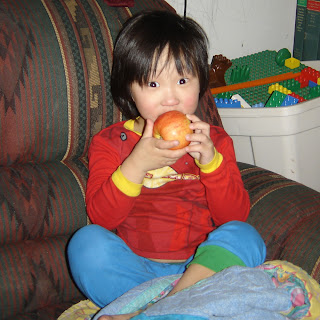 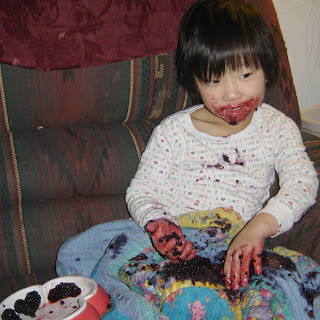 A little too much! This was one of those terrible parenting mistakes.One that I should have known better about given what a mess this kid is all the time.
Note to self-never leave a 3 year old with a bowl of berries unattended. He also peed all over himself and the couch at the same time. 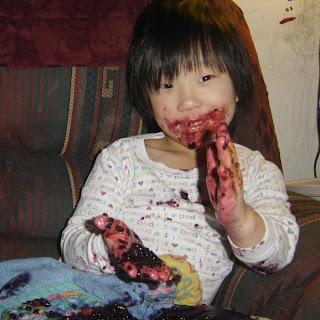 This was the icing on the cake of one of those parenting days where I found myself screaming in the driveway at one point like a lunatic Mom whose kids won't just get in the car but have decided to do everything else possible to dawdle and make us later than we already are.
Good thing they are do darn cute!
Posted by Felice Luftschein at 8:23 PM 3 comments:

slow down... a little 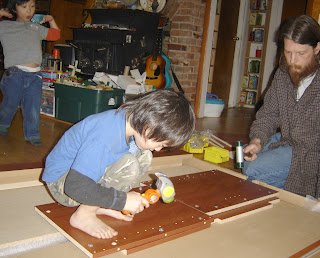 Things have slowed down in our Etsy shop. It's been a nice chance to do some catching up and take some breaks. Of course old insecurities creep in that maybe we won't keep doing well but then another order came in this evening.
We've been spending some of our hard earned money this week. We bought a new entertainment "center" to hold our future new big flat screen TV. Here is Henry helping Nick put it together with his Bob the Builder Hammer. 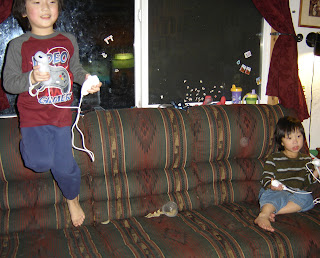 And then we bought a wii! It's been a lot of fun! I really want the wii fit stuff now so I can burn off some of the holiday chub. I rediscoverd the well known truth that if you eat all the cake and ice cream and yummy food you want and don't exercise you will gain weight. Now that school has started again and I don't need to work constantly I've been getting to the gym more. We'll see how long that lasts.
I might even finally finish the last of the "Twilight" series this week. I've never been much of a vampire book fan but these have got me hooked. In fact I never thought I'd ever enjoy reading something like this. But they are addictive and I'm in the middle of the last of the 4 books of the series.So now I am going to read. What a concept!
Posted by Felice Luftschein at 6:05 PM 4 comments: