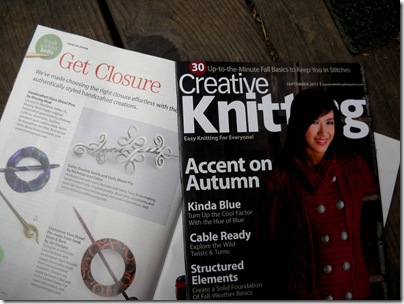 Yup, that’s our pin on page 8 of the new September 2011 Creative Knitting Magazine! 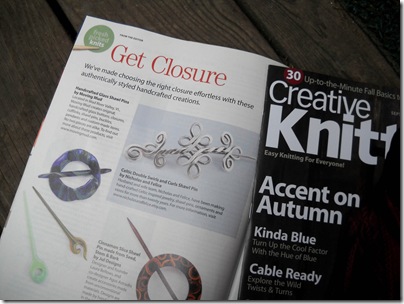 They contacted us a few months ago to send them our Celtic Double Swirls and Curls Aluminum Shawl Pin / Hair Pin to be included in their article on closures. I said, hell yeah!- well, in a more business like way. So far it has just been sent out to subscribers and I don’t think it is in the newstands and stores yet. But we are getting LOTS of orders. 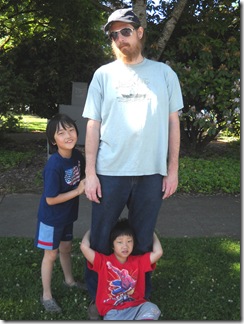 It’s become a tradition to drag the kids down to the 4th of July parade in Corvallis every year.Unfortunately I got the time wrong. I thought it started at 10 which I swear is what the local paper’s website said but it actually started at 10:30. So when we arrived there were very few people and I was appalled at the lack of enthusiasm in this town. We had an extra half hour to bore the kids. 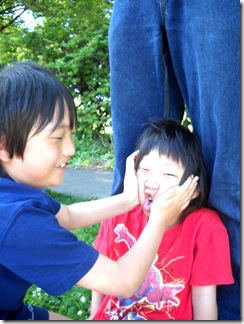 Here is some of the entertainment the kids came up with. 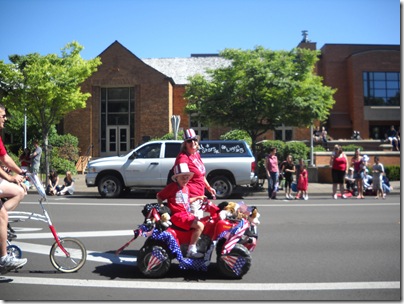 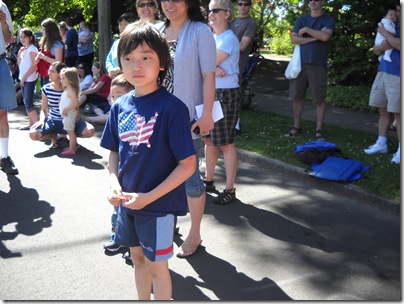 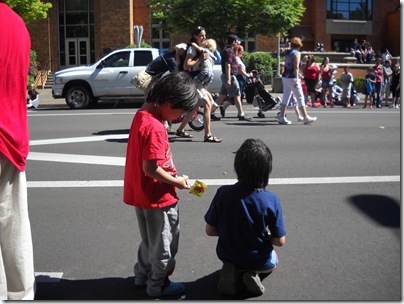 The main draw for Max is gathering the gutter candy that they throw to the kids. 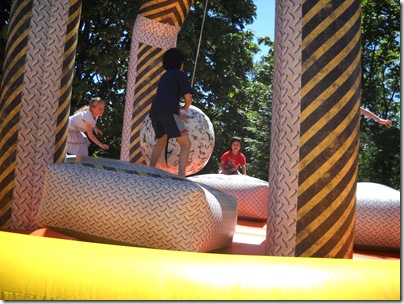 They had inflatable bouncy entertainment for the kids. Max’s approach to the wrecking ball game is to hunker down. 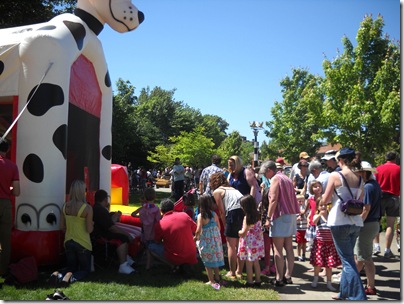 Where’s Nick? Hiding in the shade.Can you find him? 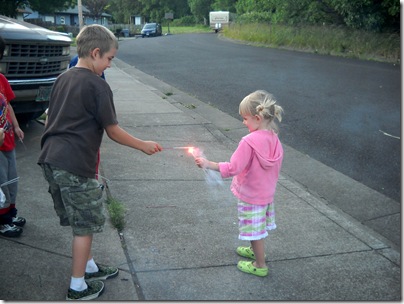 Later in the evening we joined our friends Jeremy and Jillian and their kids Ethan and Olivia for some good ol’ lame Oregon fireworks. 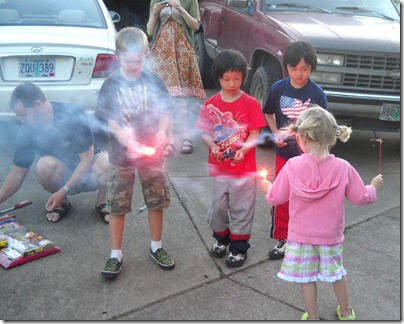 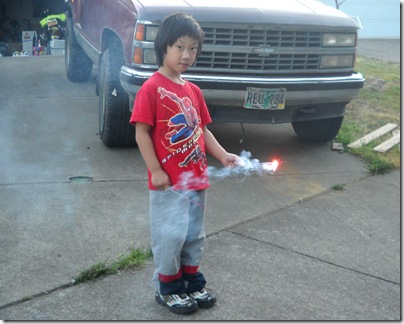 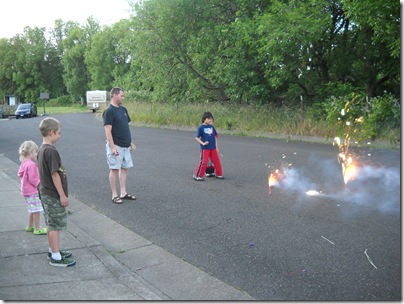 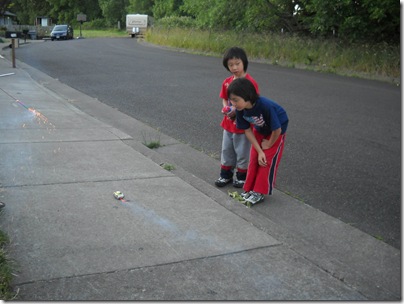 This is the moving flaming tank before it shot under our car and got stuck shooting flames towards the gas tank. It was a terrifying moment as we wondered if the car would blow up with us stupidly standing next to it. It burned out and all was fine.