Time for new pictures and things 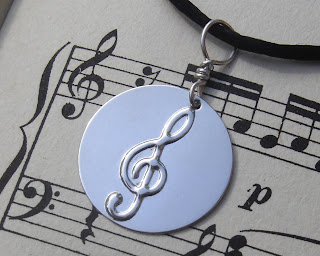 Things have slowed down a little in our Etsy shop. Rather than freak out and panic which is my usual response to the fluctuations of self employment income I've tried to use this extra time to add some products I've been meaning to add for a long time and improve some pictures.
Like the long overdue Treble Clef G Clef Sterling Silver Stamped Pendant. 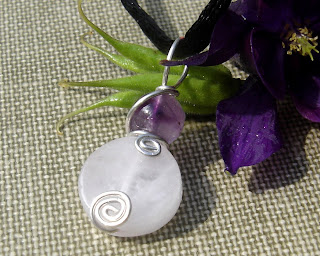 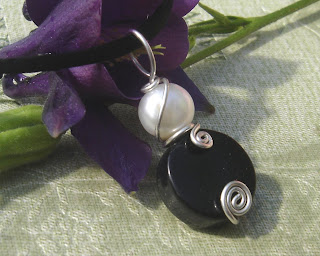 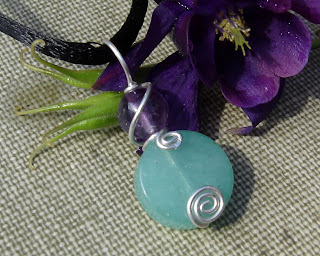 Green Aventurine and Amethyst Swirl Stone Sterling Silver Pendant
These three stone pendants all have matching earrings in our shop. Figured it was time to make a nice set.They are also very inexpensive ($8.50). 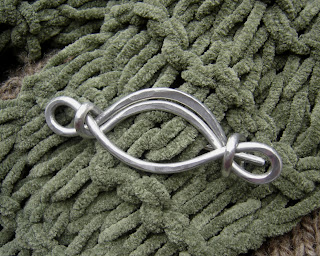 Rainbow Eye Aluminum Bar Shawl Pin or Brooch
This is a new bar pin design. It works kind of like a safety pin.
I just ordered some thick gauge sterling silver wire so that I can start making the shawl pins in sterling silver. I'm excited to try them in silver but a little nervous about the overhead costs. Silver is significantly more expensive than aluminum. 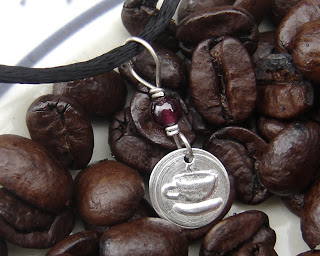 Steaming Cup O Joe with Garnet Sterling Silver Pendant
I have been meaning to get more creative and take some better pictures of our Cup O Joe stampings. Here are the new pictures. 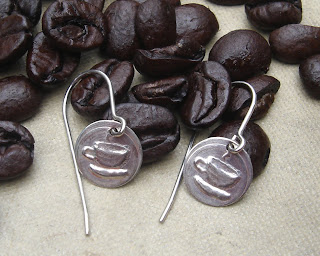 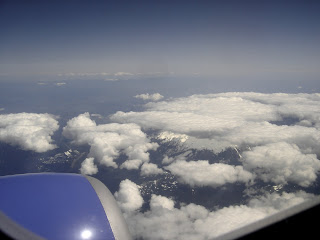 Well it's been a ridiculously long time since I blogged. Just busy and not that into it. Facebook just seems so much easier.(Give in to it all you reluctant facebookers. Join the herd. It's fun and easy and everyones doing it.)
I just got back from spending 4 days in Albuquerque with my parents while my Mom was going through surgery for Colon cancer. It went very well. They were able to do it all laparoscopically. She is strong tough lady and was just released from the hospital today. The surgery was on Monday!. She is expected to fully recover.
It was hard to leave my family. I had never been away from Henry before and he was initially very upset. But he resigned himself to it and bribery helped .Nothing like a bunch of new legos and wii games to get over Mom being away. Max took it like a man. Nick was super dad.
I may be a freak but I love airports and airplane travel. Yeah there are some scary, high anxiety moments but I still find it so amazing and exciting.I think the picture above is Mt Hood outside of Portland. 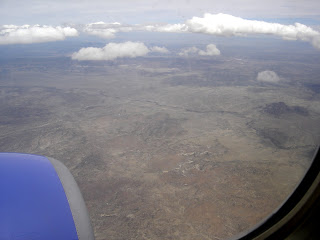 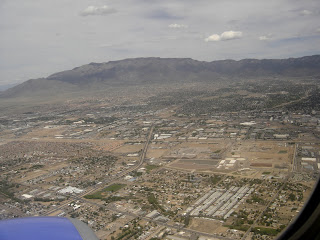 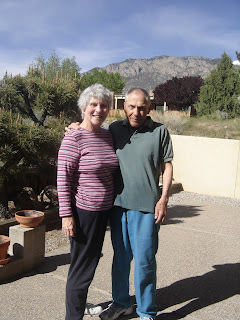 Mom and dad in their backyard (pre surgery). 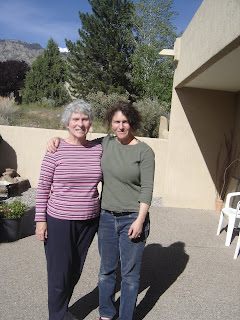 Me and Mom squinting in the harsh bright sun. 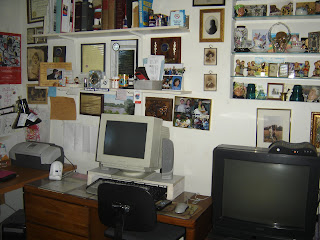 The guest room/office I stayed in.Note the ancient PC with windows 98 on dial up and the half broken roller ball mouse they insist on using that drove me insane and tv with converter box. I was satellite dish deprived but did get to see 5 different religious channels and mexican soap operas. 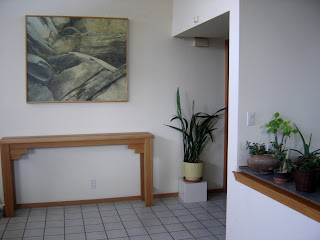 My Dad is an arteest. That is one of my favorite paintings of his. 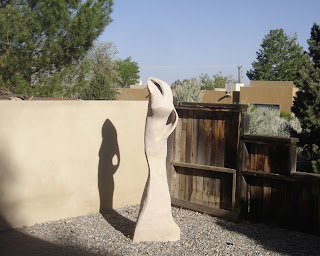 One of his statues in the back yard. 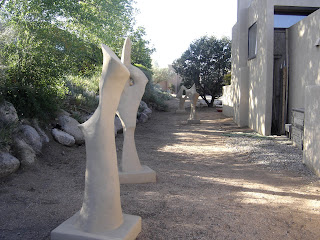 His sculpture garden on the side of their home. 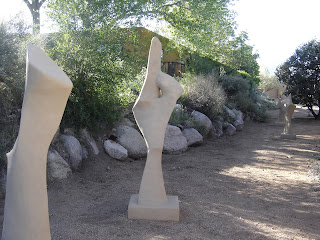 I think it looks like he's giving the finger. He says it's just pointing.
Posted by Felice Luftschein at 6:49 PM 2 comments: